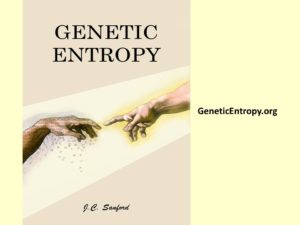 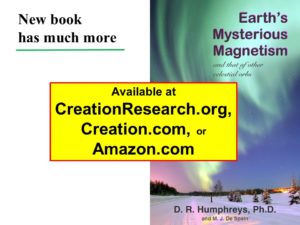 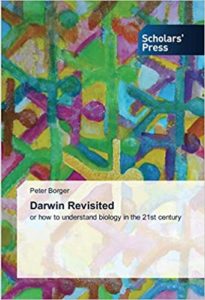 Down, Not Up – Dr. John Sanford

Dr. John Sanford is the inventor of the Gene Gun. The gene gun method is a method used for genetically modifying plants. With the use of a gene gun, the gene gun method delivers extra DNA directly into a plant’s nucleus. The method is also commonly called particle acceleration or microprojectile bombardment. Dr. Sanford has determined that the genetic code is deteriorating at a rate of 300 mutations per generation. He describes that this is opposite of the expectation of evolution and that natural selection cannot correct this problem. But the answer is found in the gospel of Jesus Christ.

Dr. D. Russell Humphreys predicted the strength of the magnetic fields of Uranus and Neptune based upon his theory that God created the earth and planets of the solar system from water where all of the hydrogen atoms were lined up, and then decayed in strength from there. His predictions were right on, whereas the dynamo theorists fail in their predictions.

One of the biggest reasons people give why they believe in evolution are the evidence from fossil man. Dr. John Sanford takes on this problem in his new book Contested Bones. He shows that the fossils purported to be ape-men are either inbred degenerative humans, mixtures of ape and human bones, or extinct apes.

Peter Borger is a geneticist who was born in the Netherlands and lives in Germany. His research is about the comparison of the genetic code between chimps and human beings, and how our understanding of the differences show that there is no possibility of common descent between them.

Dr. Peter Borger goes in depth into the genetic code and how it works, and explains the history of classification of organisms. He outlines a creationist classification system he calls “Baranomes” where classification is based upon descent from original created kinds, as they came off Noah’s Ark

Peter Borger is the author of Darwin Revisited, and his research caused him to realize that the concept of natural selection is an illusion. He discusses how experiments with mice where they knock out genes to see what they do show that tremendous redundancy exists in the genome. The phenotype still works though the gene has been removed. He rejects Darwinian evolution and believes that the evidence points to all of the genetic code being created in the beginning.

Dr. Raymond Damadian talks about the invention of the first MRI and how he and his colleagues built the Indomitable. He also shares some of the exciting current research his company FONAR is doing with its new upright scanner. Special guest Dr. Larry Minkoff, the first person to receive a MRI scan.

Science and the Age of the Earth – Helmut Welke

Helmut Welke defends the Biblical age of the earth and shows that the deep time required of evolution did not occur. Creation Truth Conference Sept. 23. 2017

There are no reviews yet.

This site uses Akismet to reduce spam. Learn how your comment data is processed.