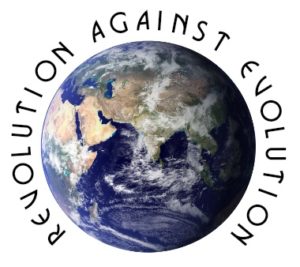 THE REVOLUTION
AGAINST EVOLUTION
BOOKSTORE

The Revolution Against Evolution
by Doug Sharp 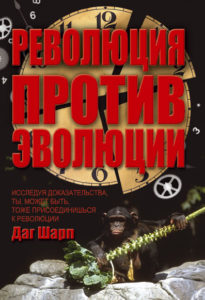 1. ORDER FROM DISORDER
2. HISTORICAL GEOLOGY AND FAULT-FINDING
3. EARLY MAN
4. WHICH MODEL IS BEST?
5. ANIMALS THAT PROVE CREATION
6. PROTEINS, DNA AND THE CELL
7. THE STARS AND PLANETS
8. ANSWERING COMMON ARGUMENTS
9. EVIDENCE VS. MYTHS
10. ISSUES AND ANSWERS

Persuaded by the Evidence

True Stories of Faith, Science and the Power of a Creator

A unique and interesting collection of true stories from Christians – each sharing his personal journey to find the biblical truth of a six-day creation! From scientists in the midst of complex research to youth ministers, and more, see how each began at a different point and place in his life to question the supposed truth of evolution and how faith and actual evidence led to his embracing a creation-based, biblical worldview. In their testimonies, you will read about their search for answers, often unavailable through their school, their church or scientific knowledge – and how the discoveries they made have shaped their faith and changed their lives.

Seeking answers for yourself? Discover the powerful truths these individuals now share – and find yourself also persuaded by the evidence!

Transformed by the Evidence

Transformed by the Evidence by Doug Sharp and Jerry Bergman, editors (c) 2014

This book offers many unique and encouraging viewpoints about the personal impact of the creation perspective. Many people who are strong believers in Jesus Christ and the Bible, but do not have any interest in science, base their faith in Christ on other facets of His Word and their personal experiences. They may never have encountered situations where they were tested in this area, and God has blessed them. But for many of those who recount their experiences in this book, the challenges presented by the theory of evolution and the notion that life is billions of years old have become stumbling blocks that were difficult to overcome. At the very least, this experience has created a major test of their faith that prevented them from accepting the creation worldview.

This book provides compelling insight into the experience shared by the authors as they addressed this challenging topic.

The Bible and the
Nineteenth Century
By Luther Townsend