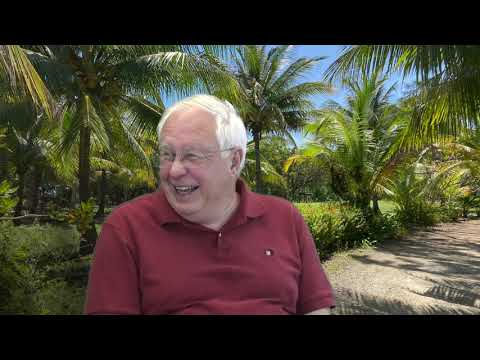 JEDP THEORY
Various sections of the Pentateuch assigned to various authors who are identified by the letters JEDP. Also called the documentary hypothesis. Developed by a number of liberal Christian and Jewish scholars. 18th and 19thcentury. The letters stand for the different supposed documents by different writers.

J: Jawist document – Writers preferred the name Jahweh for God 900-850 B.C.
E: Elohist document – Writers preferred the name Elohim for God 750-700 B.C.
D: Deuteronomy By a different group of writers supposedly written around the time of king Josiah’s reforms around 621 B.C. (ca.
P: Priestly document–assert the Levitical text and various other passages were written by a priest or priests during the exile and post exilic period during the Babylon Early Persian period and after 586 B.C. (ca. 527-457 B.C. my chronology) then around 400 B.C. redactors supposedly combined these four independently written texts to form the Pentateuch.

When Jesus referred to the law of Moses the audience knew exactly what He was referring to.

Much of the argument is based on so-called textual criticism which can be refuted in many ways. Allegedly the liberal scholars based their theories on the biblical text yet ignored the biblical evidence that refutes their theories.

One of the interesting foundations on which the theory was predicated on was the idea based on evolutionary thinking was that Moses could not have written the first five books because writing by the Israeli people had not been developed to such a degree at his time. Since then we have discovered such texts as the Code of Hammurabi, the Ebla Tablets, and many other proofs that writing was indeed developed to a high degree many hundreds of years before Moses, who was also educated in the Egyptian courts and would himself been educated in many forms of writing.

Isaiah chapters 1-39 and 40-66 are so different that they could not have been written by the same person.

Proposed because of difficulties in believing that Cyrus the Great could have been prophesied over a hundred years before he was born. Isaiah 44:26 – 45:6 says that he would conquer Babylon and cause the city and temple of Jerusalem to be rebuilt. But the earlier Isaiah also prophesied the Messiah’s birth by a young virgin. (might mention the Septuagint version confirming that translation.
All Biblical testimony confirms the unity of Isaiah. As the earlier testimony of the Pentateuch.

There are no divisions in the Dead Sea Scrolls. One book, no evidence of two different Isaiah writers.

Prophetic visions too accurate of the Babylon, Persian, Grecian, and even Roman empires to have been written when it claims to be written according to liberal scholars.

Evidence shows that Daniel was considered canonical and an authority earlier than many things that even liberal scholars cannot late date after the fact. By 250 B.C. and the Dead Sea Scrolls it was esteemed as highly regarded scripture.

The division of the Roman Empire many centuries after Jesus walked the Earth, is alluded to in the vision of the giant statue in chapter two.

Ezekiel a contemporary of Daniel mentions him with high regard Ez. 14:14, 20.
Internal evidence concerning the last king of Babylon: Belshazzar. Daniel being raised to be third ruler in the kingdom. Belshazzar a forgotten king only a hundred years after Babylon fell. History only knew about Nabonidus, and so liberal Scholars as usual thought Daniel was wrong.

Four Nabonidus cylinders of Ur found in 1854. Prayer of Nabonidus to the moon god for Belshazzar the oldest song his offspring.

A translation of another cuneiform text, the Nabonidus Chronicle. Documents that he was mainly an absentee king, and the Belshazzar was the de-facto ruler in his stead. Hence the reason that Daniel could only be raise up to be third ruler as Belshazzar was number two and his father, Nabonidus, was number one.

The evidence is that the book was written in the 6th -5th century B.C. not the middle to late 3rd century B.C.