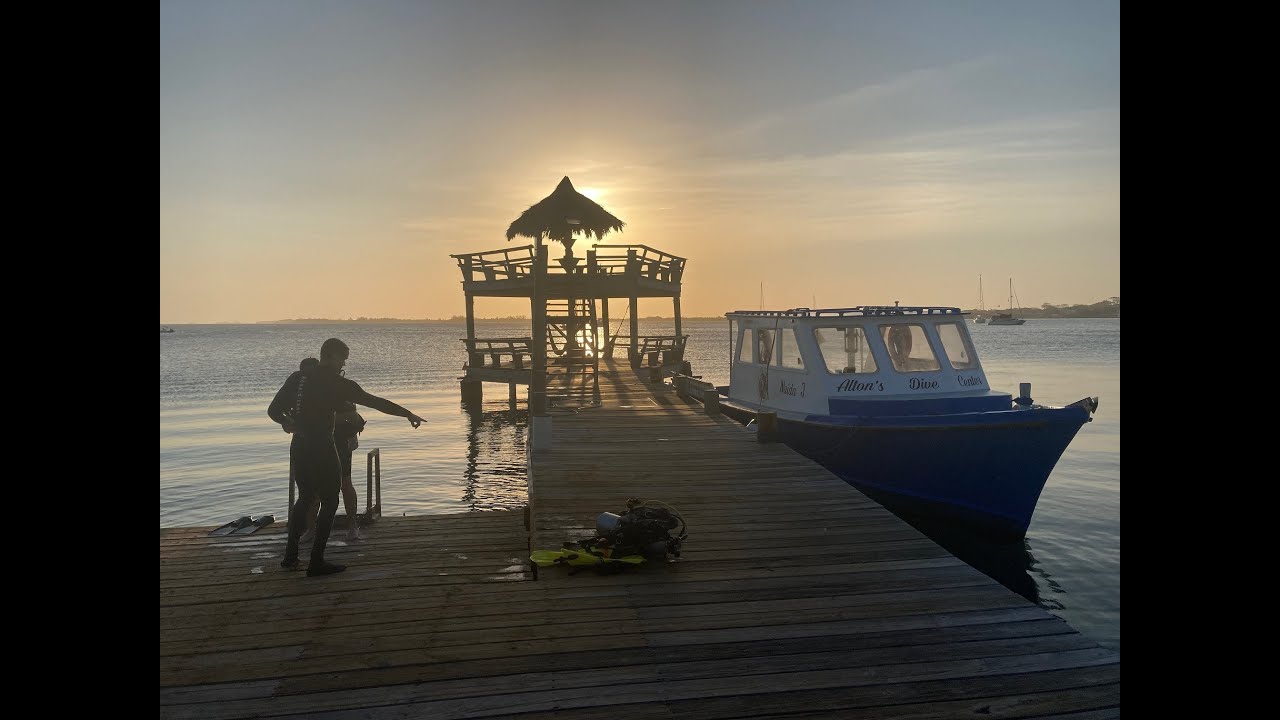 Utila and Climate Change Guests: Doug Sharp and Rich Geer Description: Utila is the smallest of the Bay Islands of Honduras in the Caribbean with a population of about 10,000. The other two islands are Roatan and Guanaja. Utila is a scuba diving destination and has beautiful beaches and a jungle overgrowth. The people of Utila are of African, English, and Dutch descent. Life in Utila is pretty laid back. There are only a few trucks on the island, a main street, and a few side streets. People get around on mo-peds, scooters, motorcycles or take a three-wheeled taxi called a tuk-tuk. There are no chain restaurants on the island and the locals operate outdoor restaurants, opening them when they feel like it. The local attire is bathing suits, as the weather is quite hot and humid.
My daughter and son-in-law bought property on the south shore of Utila with the idea of retiring there. My granddaughters took scuba diving lessons. One decided she didn’t like it, but the youngest got scuba certified. I got certified in advanced hammock on the beach. My daughter and son-in-law have been diving there about 10 years and over the course of this time, they have been seeing the reef deteriorate. We visited their property which is along Big Rock Beach, and though my son-in-law visited the property last fall and cleared the undergrowth, we found that the jungle has taken over again and is choking out the fruit trees he planted. Most distressing is the accumulation of litter on the beach, mostly plastic pop bottles, flip flops, and trash.
The reef on Utila is a fragile environment and is supposed to be protected as a national park. However, the locals have been overfishing it. Though there are laws limiting it, the government is lax in enforcement. Everyone knows each other on the island and if you arrest someone, it’s someone else’s brother or cousin.
We were asked because of global warming and the melting of the glaciers if there was a noticeable rise in sea level. There isn’t. This is a misconception. However, there is plenty to be concerned about with environmental issues. If a person is a committed Christian, they should also be committed to the mandate given by God to care for the world He set up for man to take dominion. This includes bringing God’s kingdom to the point where it operates the way He originally designed it.
Our Christian (biblical) worldview compels us to revere the God of creation. Some of the relevant principles are that:
1. The universe and earth were created through and for Jesus Christ (John 1:3, Colossians 1:15-16).
2. The earth was created for mankind (Genesis 1,2; Isaiah 45:18).
3. We are called to be holy and blameless in Jesus Christ (Ephesians 1:4; Genesis 1:31, Genesis 2).
4. Christ holds His creation together (Colossians 1:17).
5. Mankind is called to steward God’s creation (Genesis 1:27–29; 2:15, 9:1–7).
6. We are to worship the Creator, not the creation (Romans 1:18ff), Gaia, or ‘Mother Earth’.
As Christians, we affirm that we have a responsibility to look after the environment (stewardship of God’s creation). That is a given; see: Fouling the nest. We are also compelled to consider the poor and the general welfare of our neighbors.
The issue of climate change is political, complicated, and full of misinformation. We must not be distracted by this from our mission of making this world a better place and instead figure out what kind of government the Kingdom of God needs to be like.

Jul 30, 2022
Shopping cart
There are no products in the cart!
Continue shopping
0