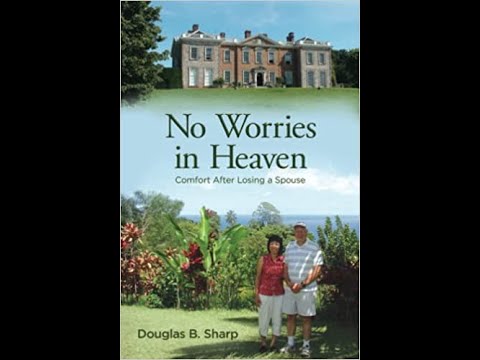 No Worries in Heaven Guests: Doug Sharp and Rich Geer Description: I can’t say that our relationship was perfect. Though Vivian and I had been together as a couple 50 years and was married almost 49 years, we still had rough spots that needed sanding. We had signed up for a marriage mentorship where we studied the Love and Respect series taught by Emerson Eggrichs. We learned that the needs of a man and a woman are different. A woman’s primary need is love and the man’s need is respect. Because these needs are different, and if we don’t understand those differences, we can get on the crazy cycle where a woman’s disrespect shuts down a man’s love, and that further fuels disrespect. A woman needs to talk through issues, but if a man feels disrespected, that’s the last thing he wants to do. He just wants to retreat and not escalate things. But a woman interprets that as being unloving. During the 10-week class, we discovered that though we both had the best of honorable intentions, not understanding this difference caused us to have a strained relationship. I began to practice the art of talking through an issue with her, regardless of my false feelings of disrespect, until she felt release. In the same regard, she learned how to detect when her discussion with me began to appear like nagging and when to back off. I would say by the end of the class, we had most of our outstanding issues between us resolved.
Vivian was fighting breast cancer. She went through the spring of 2020 in chemotherapy, surgery in the summer, then radiation in the fall and by the time we started the class in January, we believed that she had beaten it. She was receiving some natural therapies, and as a part of that she had a Signatura test done in March that detected free cancer cells. It had a score of 350 which showed that there was cause for concern. Another test in April scored 2880 and she went to the oncologist who detected the spread to her liver and her lungs.
This was not good news, but it didn’t seem to affect Vivian very much. She was still working as a massage therapist. We celebrated the 50th anniversary of the day we met on May 22, and she continued working. On June 7, she had finished three massages and that evening she was spent. The next day she told me that she was having trouble breathing and for me to take her to emergency. They put her on oxygen, gave her a COVID test and kept her for three days. They sent her home, but when she saw the oncologist the next week, he put her back in emergency, ultimately in the COVID unit for further testing. I couldn’t see her. Two days later, I got a call while walking the neighborhood for me to come to the hospital immediately because her heart was failing. When the conversation ended, she was gone.
No Worries in Heaven is the story of how the Lord gave me a picture of her in heaven with Him and how that comforted me to the point were I could deal with my emotions and handle the myriad of tasks that awaited me after her death. I also talk about my love story with Vivian, her personal story and legacy, and a practical checklist of issues to resolve.