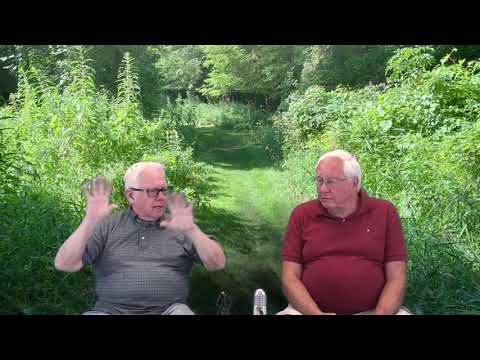 Ain’t it the Truth? Guests: Doug Sharp and Rich Geer Description: Contemporary culture has made a virtue out of “tolerance”. If being tolerant means that you are nice to people no matter what their circumstances are or beliefs, then I agree. But I often find that the most intolerant people are those who preach this and if you don’t agree with their definition of what they think is right or wrong, they become angry and hateful.
Contemporary culture also has a warped sense of what “truth” is. It embraces existentialism, which creates a bubble around the individual where truth only exists for that person inside that bubble, but for people outside of that bubble, truth may be different.
Let’s unpack this idea and dissect it a bit. If a person comes to you and claims that truth is relative, doesn’t he want you believe that his relativistic claim is universally true? If so, it contradicts itself. Also the claim that there is no truth destroys itself by being contradictory. By definition, anything that contradicts itself can only be false.
Jesus said, “I am the way, the truth, and the life: No man cometh unto the Father, but by me.” John 14:6. Starting with verse 1, he makes some amazing claims about Himself, saying in this chapter that He was the way to heaven. (Read).
This sets Christianity apart from every other religion, especially those that acknowledge Him as a prophet. Either he was what he claimed to be, or he was a liar, legend, or lunatic.
Jesus had a conversation with Pilate in John 18:33-38. Jesus said, “Thou sayest that I am a king. To this end I was born, and for this cause came I into the world, that I should bear witness to the truth. Every one that is of the truth hearth my voice.” Pilate responds, “What is truth?”
That’s the question for the ages. Lies can be very harmful and cause a lot of misery and trouble. If someone accuses you of murder, but you didn’t do it, if enough people believe the lie on the jury, you could spend the rest of your life in prison. If you deposit $10,000 in the bank but the bank says you didn’t, you will make sure that you retrace your steps and correct the lie. If a professor grades your paper an F based on his own personal beliefs that might be wrong, your future career suffers as a result.
Truth is independent of the individual, and you have the option to believe it, come into alignment with it and enjoy the fruits of it, or buck up against it and reap the consequences. You have to watch out when beliefs, preferences and opinions try to join truth’s exclusive club. You may believe that Mars is going to crash into the earth next year, but you’d be wrong. You might prefer that I wear a University of Michigan hat, but you’d be disappointed. And your opinion might be that 5+4=10 but you would be wrong. If you use a 1959 map to drive to California, likely you would get lost.
What is true is independent of what was true in the past. Yet, following Jesus and allowing Him to control your path helps you to stay out of trouble.

Jul 30, 2022
Shopping cart
There are no products in the cart!
Continue shopping
0