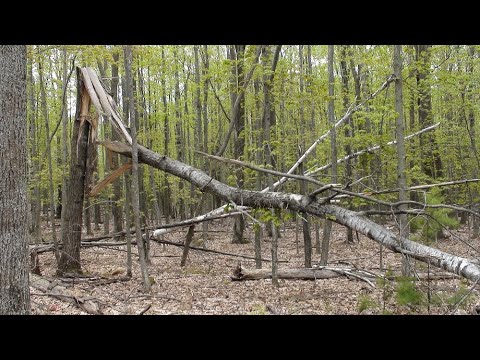 Description: What does it mean to control/subdue (manage/steward), reign/rule, exercise dominion over in Genesis 1&2 (also in chapter 9–it could not be more clear), and what does it mean in chapter 2:5&15 “abad” to (work, till, cultivate, “dress”–KJV, and the next word “shamar” commonly translated as keep or watch over, maintain or guard? Should “abad” rather be translated as “serve” as the environmentalists and some newer translations have us believe? And why does that neither fit the grammar or the context? “Adad” is also used where it explains Gods working 6 days. God clearly had designed us to work before the fall but the nature of the work changed to include to toil after the fall instead of solely to find fulfillment of the purpose of bringing forth wonderful products from the things God had created. The gold and ores that are described were not to be left in the ground but to be transformed into useful and beautiful items to increase human flourishing.

The river systems are clearly not the same and the diversity that is sought by extreme environmentalists is more and more so intended to change our focus from productivity to diversity for the sake of diversity.

It is helpful not to just talk about the “slippery slope” but actually define it more thoroughly…These are some signs you may be on the slippery slope of a New Age or Green Gospel which is contrary to the Biblical gospel.

Are you more concerned about savings “species” than about the issue of abortion?

Do you prefer to use such expressions as “Mother Nature”, “Nature knows best”, “ask Nature for guidance”, “connect to the Earth”, “reintegrate with Nature”, “sacred Earth”, “sacred Creatures”?

Do you have a works-based salvation of allegiance to specific environmental issues chosen by the environmentalist elitists?

Do you invest more time with climate change or global warming issues than in evangelism and discipleship?

Would you rather see mankind at a parallel level with all other creatures or worse as an alien or a destructive latecomer in evolution than a special creation of God-given responsibility to transform the earth to bring flourishing to mankind and good stewardship or management to the earth?

Do you think that the world is overpopulated and we need to reduce population and we should cut back on our use of resources since we are running out of resources (Malthusianism)?

Is human service to other creatures or restoring the earth to a pristine environmental state the central focus of your existence on earth?

Are you more interested in the theology of Christian mystics and indigenous people’s animistic theology than in theology that promotes the Bible as wholly “inspired and profitable for teaching, rebuking, correcting, and training in righteousness” 2 Tim. 3:16?

Do you emphasize the “serving” interpretation of Gen.2:15 to the exclusion of tending, working, cultivating/tilling meaning of the same words in Gen. 2:15 and would rather not reference the managing, reigning, ruling, subduing, controlling, dominion words of Gen. 1:28 which further clarifies our role as transforming our environment to bring flourishing to mankind and good management to the creatures both?

Do you want to push for expansion of the wilderness and wilds and people pushed into cities to give hands off to the countryside?

Do you have a calloused response when you discover that people are paying higher electricity costs as a result of renewable energy and the poorest of the poor are the most adversely affected?

Are you disinterested when someone explains that CO2’s ability to heat the earth is logarithmic or a diminishing curve and unwilling to consider evidence that we may be approaching the top of the curve?

Are you disinterested when someone explains that the satellite studies all show the earth has greened appreciably in the last 30 years and only 5% of the world shows signs of browning with over 40% showing clear signs of very significant improvement of leaf area index?

Are you disinterested when someone points out that many glaciers all over the world when retreating are leaving large numbers of exposed tree stumps meaning that the earth was significantly warmer in the past? And fail to be interested in additional research to look at other historical evidence of more significant warming in the past such as elevated tree lines, the latitude of grape production in Europe, grain production in Iceland and Greenland, and latitudes of ocean fisheries locations?

These are all signs that you have adopted some of the tenants of the “Green Gospel” of worshipping the “creature rather than the Creator” (Rom. 1:25) and you are on the slippery slope.